Quantitation of Coral Fluorescence in the Marine Environment

...the exact reason why most marine organisms demonstrate fluorescent phenotypes remains a mystery. 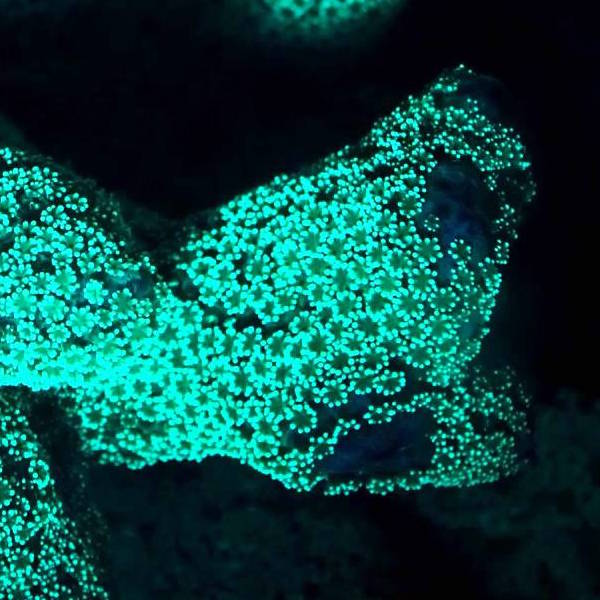 Over the past two decades the demonstration of fluorescent materials in numerous organisms in the marine environment has been shown to be highly prevalent. Most notably is the green fluorescent protein (GFP) from Aequorea victoria, which was the subject of the 2008 Nobel Prize in Chemistry. Since then fluorescence has been demonstrated in scores of marine organisms from many different families, including many types of corals. While many potential explanations have been proposed for the evolution of fluorescent proteins, the exact reason why most marine organisms demonstrate fluorescent phenotypes remains a mystery. Much of the basic characterization of this phenomenon remains unknown. How much fluorescent protein does each species express? Are there differences in expression between organisms of different age? What environmental conditions lead to altered expression (salinity, pH, temperature, etc.)? Does an organism alter its expression due to disease or distress? The first part if this work will be dedicated to using scuba and improving fluorescence digital video imaging for quantitation of fluorescence in a few species of coral over a two month period. The colors of fluorescent proteins that are found in nature cover the entire spectrum from blue to red. Despite extensive efforts, the ability to produce infrared fluorescence by mutation of the visibly emitting proteins has met with limited success, and the only currently available IR-fluorescent proteins require a heme-related cofactor. Since IR fluorescent proteins cannot be seen by the human eye, very little effort has been invested in searching for them. The second part of this work will be to search for IR-fluorescent materials (proteins or other) in the marine environment, also by scuba using digital video infrared imaging.