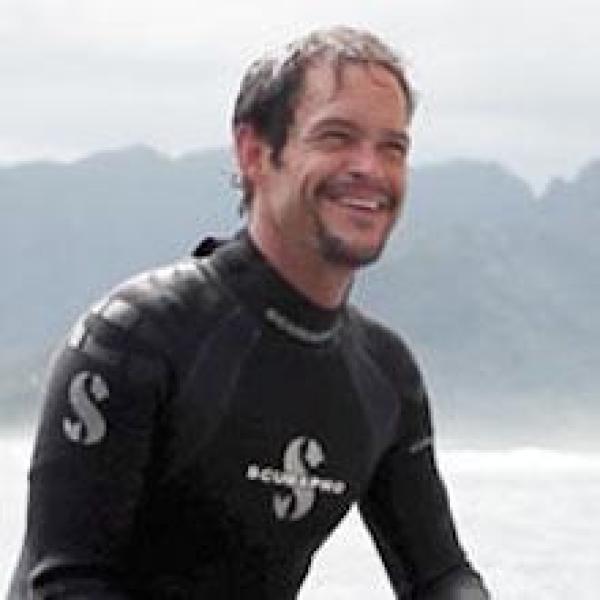 Chris is a research zoologist and marine invertebrate curator at the Smithsonian's National Museum of Natural History. He was a Watson Fellow after his undergraduate studies at Colgate University, then received a Masters in Paleontology and a PhD in Integrative Biology both at UC Berkeley. All three of these endeavors focused on cowries, the world’s best known and most spectacular seashells.

Chris’s passion for biodiversity takes him to remote places around the globe. He is particularly interested in marine speciation, diversification, biogeography and phylogeography; as well as the history, assembly and maintenance of tropical reef communities. Chris’s work is helping to document marine biodiversity, figure out how ecosystems function, and predict how they will respond to change. Chris was the Director of the Moorea Biocode Project, a massive undertaking to build a comprehensive inventory of all non-microbial life on the French Polynesian island, sampling from the mountain tops to ocean depths. He is one of the founding members of the Indonesia Biodiversity Research Center in Bali, a member of the Scientific Board of the Tetiaroa Society, and also a founding member the Genomic Observatories Network. Chris leads the Global ARMS Program (an effort to survey coral reefs using a standardized approach) and also a consortium of Biocube partners to conduct studies using One Cubic Foot as highlighted in National Geographic and an ongoing exhibit at the Smithsonian’s Natural History Museum in DC.